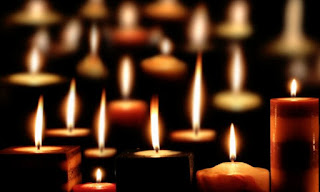 With heavy hearts, the people of Southington, Connecticut mourn the innocent victims of the horrific tragedy of hateful violence that took place in Orlando, Florida this past weekend.

"A Prayer Vigil will be held at First  Congregational Church of Southington on Wednesday, June 15th at 6:00 pm for the victims of the shootings and for all of us", said Rev. Dr. Ronald Brown, Pastor of FGC, in a joint announcement with Rev. Victoria Triano, Town of Southington, welcoming all to join in this prayerful vigil of scripture readings, music, candle lighting and the ringing of the church bell (49 times) in memory of the victims who lost their lives. 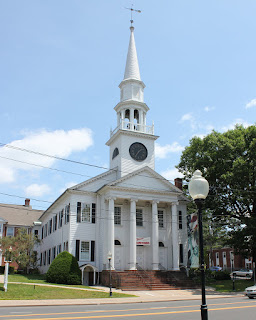 First Congregational Church of Southington is located at 37 Main Street opposite the Southington Town Green.  Prayer Vigil is estimated to run about 45 minutes concluding prior to the scheduled Music on The Green at 7:00 pm.

Scroll Down for other news and

The Summit  announces the dedication of a new flagpole at a 2:30 pm ceremony today, Tuesday, June 14th (Flag Day), on the grounds of The Summit in Plantsville, CT.

"The facility has many veterans. Past Commander of the American Legion Kiltonic Post 72, John DeMello, Sr., noticed that we did not have an American Flag.", said Barbara Blau, the Summit's Director of Therapeutic Therapy. "He was kind enough to speak with the American Legion Kiltonic , Post 72 and they generously donated a flag.  It was so important to John, that he installed the flagpole himself to have it ready today as we will officially dedicate the flag.", Blau said.  All are invited to attend the ceremony which will also be attended by local political representation.

We salute and pledge allegiance to the Flag of the United States of America and to the Republic for which it stands, one nation under God, indivisible, with liberty and justice for all.

The Summit also announced that on Friday, June 17th, at 7:00 pm they will be holding another ceremony... one which will be a reaffirmation of wedding vows .  We are honored to have a wedding ceremony for several residents as they renew the love that they share. Blau said: "We would love to share with the public this heartwarming celebration of marriage, some lasting well over 50 years."
Posted by erichard at 7:24 AM No comments:

As the date of Saturday, May 21, 2016 approached, the people of St. Thomas Church in Southington were filled with enthusiasm and joyful anticipation.  Two young men, from diverse ethnic and cultural backgrounds, each with special ties to the church, were to be ordained on that date at 11:00 am into the Sacred Order of Priests by The Most Rev. Leonard P. Blair, Archbishop of the Archdiocese of Hartford at the Cathedral of St. Joseph.  Read full article 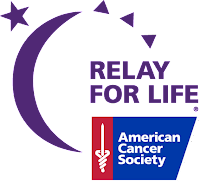 Southington Relay for Life 2016 another success as the weather held up enough for a fine turnout of dedicated teams as hundreds upon hundreds participated for 24 hours.  The event beat Sunday's rainstorm.. Southington citizen speaks in heartfelt words of reflection on what and who Relay for Life is all about.  Read full letter. 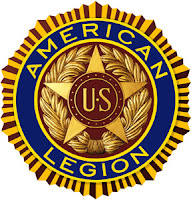 Tuesday, June 14, 2016 at 2:00pm at the Summit in Plantsville, the dedicating of the Flag pole that the American Legion Kiltonic Post #72, the Legion's Auxiliary and the Sons of the Legion donated to the Veterans, patients and staff of The Summit.

Saturday, June 25, 2016 between 9:00am and 3:30pm, the Quilts of Valor will be at our Post home designing and making Quilts for our veterans who are healing from the nds of war. Volunteers for assorted tasks needed and will be appreciated.

Sunday, June 26, 2016 at 2:00, pm at our Kiltonic Post 72 Home on the Southington Town Green, the Audrey Santo Foundation will be at our Post talking about Audrey Santo, her life and the road to Sainthood. See the link below for a story about Audrey Santo, the little girl from Worcester, MA that made miracles take place.

Be in the Know with STEPS 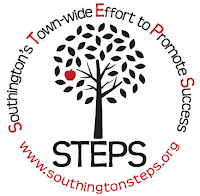 Students,  the parents, teachers, everyone in town needs to know and Be in the Know about Southington's Town-wide Efforts to Promote Success. Another successful school year ends. We congratulate the graduates.

Read the current STEPS newsletter for a close  up glimpse of recent and current events, efforts, successes and happenings in building a greater and healthier future for our kids. 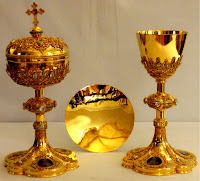 As the date of Saturday, May 21, 2016 approached, the people of St. Thomas Church in Southington were filled with enthusiasm and joyful anticipation.  Two young men, from diverse ethnic and cultural backgrounds, each with special ties to the church, were to be ordained on that date at 11:00 am into the Sacred Order of Priests by The Most Rev. Leonard P. Blair, Archbishop of the Archdiocese of Hartford at the Cathedral of St. Joseph.

Fr. Nick Melo, Pastor of St. Thomas Church, said:  “It is certainly a great honor for our parish to have two men ordained to the Priesthood. Deacon Matt Gworek is a native of Southington and Deacon Hector Rangel-Guerrero has been adopted by St. Thomas, having spent his last year of formation working here.” Melo said that St. Thomas has always been a place of warm and welcoming spirit, a place where the Archbishop continues to send seminarians for a pastoral experience.

“However, even as I reflected back on my own vocation recently, it occurred to me that what really fosters vocations with the greatest impact - more than a particular parish setting - more than a mentoring priest - is the family of the young man discerning God's calling. While I have yet to meet Deacon Hector's parents, I imagine they are quite similar to Deacon Matt's as well as my own parents, in that they are prayer-filled people, who themselves have a close relationship with the Lord and who instilled the Catholic faith in their children.”

Meeting Guerrero and Gworek was a walk on the high side for me as I listened to their stories, their genuinely deep love of their families who fully embraced and reinforced their aspirations and their great love of their respective, though different, childhood years and culture. They both came from backgrounds that shared a strong faith, the appreciation of education, sports and life itself.  They also shared a spiritual journey of years to saying “yes” to a life of selfless service and commitment to the Lord and a life of spiritual leadership.

Hector Guerrero grew up in the small agricultural village of Charalá, population 10,000, in Northern Colombia, an area dependent on growing coffee, sugar, maize and cattle-raising. He recalls a simple but fulfilling life on a small farm his father managed while his mother managed the household, education and faith development of their seven children of which Hector was fifth.

“We did our chores, our homework and said our prayers together as a family, (the rosary), every day. But there was also time for soccer and healthy outdoor sports.” Guerrero said. “Religious fervor was ingrained in my earliest years through my family, my village and my cultural life. But i think it is significant to mention that my interest in the spiritual life was also influenced by the presence of three Jesuit priests in our town”, Guerrero said.

After completing his public school education, Guerrero joined the Salesian Order of St. John Bosco, moving to Bogata, where he attended Universidad Minuto de Dios, earning a bachelor’s degree in philosophy. He continued his spiritual formation years with a second bachelor’s degree in Ecclesiology and a Master’s in Theology at the Jesuit Pontifical Javerian University in Bogata.

Perhaps his greatest challenge came when he was accepted at St. Thomas Seminary in Bloomfield in 2012 to study English.  Until then he spoke absolutely no English!  He was then accepted at Mt. St. Mary Seminary in Maryland for his Ordination Year and until a few weeks ago served as a transitional deacon at St. Thomas in Southington. The enhancement of his communication skills in English remains a high priority with Fr. Guerrero who clearly understands the importance of language in the work of a priest.

Notwithstanding the cultural differences between the two newly ordained priests, I found great similarities in the ‘persona’ of each of both Guerrero and Mathew Gworek who grew up in Southington, CT, attended Southington public schools, graduating from SHS.

Gworek's avid interest in music began in 4th grade when he learned how to play the alto saxaphone. He also had an active interest in sports, i.e, soccer and baseball. He continued through high school playing in the Jazz and Marching Band, soon turning his instrumental interest to the Euphonium which he came to master during his years at UCONN where he earned double bachelor’s degrees in Education and Music, respectively.

Mathew Gworek, his older sister, Rachel (Janowski), and his younger brother, Jonathan, all grew up in a home environment of strong faith and values with their parents, Lynne and Gary Gworek, who are role model responsible citizens and devoted parishioners of St. Thomas Church.  Mathew also noted that his earliest growing up years were at Immaculate Conception in Southington.

“I remember having had a serious focus on faith in my earliest childhood years. I paid close attention to learning and understanding the Mass, the teachings of the Gospel and how it all relates to life.  But the sense of an actual calling to the spiritual life as a profession seemed to begin in my last few years in college where, at UCONN, I became deeply involved in a St. Thomas Aquinas group of Catholic students meeting regularly, socially and with common interests under the spiritual wing of three phenomenal Jesuit priests, all the while continuing with my education and music in the marching and pop bands and the Kappa Kappa Psi National Honorary Band Fraternity.”

Today, after six years of spiritual formation at D.C. Theological College at Catholic University of America, with summer breaks in various assignments to parishes within the Hartford Archdiocese, and the inspiring mentoring of Fr. Nick Melo, Gworek said: “I’m filled with excitement and anticipation. I feel ready and in the right place to develop the skills to be the best priest that I can”.