YMCA honors veterans at its ...

At its 13th annual Forever in Blue Jeans gala at the Aqua Turf Club on November 20, 2015, the Southington Community YMCA will honor all veterans as well as those in active military service. In recognition of their dedication, sacrifice, and service to our community and country they will be the Y’s 2015 recipient of the Compass Award. With the theme of Americana, guests will be treated to red, white, and blue fun. The Southington Brass will perform as they play an Armed Forces Medley and other patriotic songs.

YMCA Community Development Director, Donna Ayer said: “Southington citizens and the Y want to celebrate the commitment of military service and the heroes of our community and nation. We will proudly honor them as our 2015 Compass Award recipients. Forever in Blue Jeans is not only a great evening of fun for everyone, but it’s our principal fundraiser of the year.”  For tickets and more information visit www.sccymca.org, or contact  Donna Ayer at 860 426 9510 or email dayer@sccymca.org. There’s a special ticket discount for veterans.
Posted by erichard at 6:14 PM No comments:


Renowned local artist, painter and author, Marjorie Low, has been invited to exhibit her work at a wine-tasting at the Pilgrim Furniture Store in Southington on Thursday evening, November 19th from 6:30 to 8:30 pm.  Low has chosen twelve oil paintings from her extensive lifetime of work and a dozen plus prints for her presentation and talk early in the program. The event is also a fund raiser for SoCCA, the Southington Community Cultural Arts Center.

Name a window with a donation to SoCCA

You can be a supporter of the arts in Southington forever with your family’s name preserved in one of the windows gracing Southington’s  historic Gura Building soon to be the home of the SoCCA, Southington Community Cultural Arts center. Twenty-eight double hung windows on both the first and second floors are available at $1,500 each with the second floor Palladian window earmarked at $3,000. Tax deductible donations, (or pledges paid over three years), can honor or memorialize loved ones with a plaque placed within proximity of the window. "We are in the final stage of fundraising for the Gura Building capital campaign and what better way to support the arts in our community than to name one of the windows.  This is truly a once-in-a-lifetime opportunity," said SoCCA Board member Dawn Miceli. The downtown historic site is being renovated as a teaching, exhibiting and performing facility for the arts which will offer uniquely meaningful arts programming for all ages and provide a venue to local artists to exhibit and sell their work.  SoCCA’s placement in our downtown area offers Southington the potential of becoming a destination for culture seeking visitors with a concomitant positive impact on the town’s economy.  To name your window, please contact SoCCA at info@southingtonarts.org or call 860.681.8006. You may mail to P.O. Box 50, Southington, CT 06489.

This post excerpted from Friday, December 13, 2015 edition of Appleseed, published weekly in the Southington Citizen.  Contact free lance writer Dick Fortunato at dick617@gmail.com or comment below.
Posted by erichard at 11:22 AM No comments: 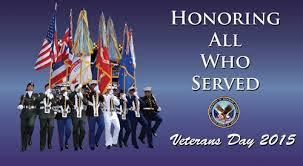 Veterans Day is one moment in the year when we have the opportunity to honor and express our gratitude with a sacred sense of enduring respect, the sacrifices made by millions who have served our country in times of armed conflict and in times of peace to ensure our enduring freedom and way of life.

What we see and hear today of our wounded warriors is tragically sad. But imagine those soldiers and their families who deal with such sacrifices every day of their lives!   It is personal for every one of them.  It was personal for my parents when their three sons all served during the Korean War.  They and our young sister waited, hoped, prayed and lived in the ever-present fear for our safety. My 21-year old wife travelled across the country carrying our first baby so we could be together on weekends in a one-room flat with a Murphy Bed. Sacrifice?  I always felt that the family sacrifices of those on the home front were so much greater than ours for  they could only imagine what was going on. I will never forget the face of the mother of one of my fellow recruits when I visited her after her son was killed in action. It was tragedy was beyond comprehension.  May God protect our men and women serving our country.  Thank a veteran for the ‘slice of life’ he or she gave up for our country.

Veterans Day Concert
The Southington H.S. Music Department proudly invites the community to its annual Veterans Day Concert Tuesday, November 10th at 7pm at the SHS auditorium. Tickets available for a $5.00 donation with all money going to the Fisher House Foundation which builds and maintains long term residential facilities near military hospitals nationwide for the families of seriously injured soldiers who need a place to stay during the long process of rehabilitation. Fundraising continues for the construction of a Fisher House on the campus of the VA Healthcare System in West Haven, Connecticut. The foundation is poised to break ground sometime this year. 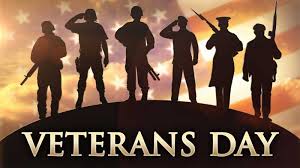 YMCA Hosts Luncheon for Vets and family members
The Southington Community YMCA supports military personnel and their families in November, Military Family Month, and year-round through programs and initiatives that improve their well-being. On November 11th, the YMCA will host a Free Veterans Day Luncheon from 12 to 1 pm for all Veterans and their family members in the 2nd floor all-purpose room at the YMCA. ‘Y’ membership is not required to attend. Contact Samantha McCarthy by November 6th at 860-628-5597 Ext 350 or at smccarthy@sccymca.org to reserve your place. In honor of Veterans Day, the Y is offering all active military personnel and veterans a complimentary opportunity to enjoy the facilities of the YMCA for the week of Nov. 9-15. 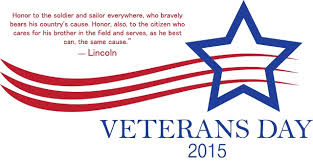 Gifts for Residents of Veterans Home
On Saturday, November 7th, members of the American Legion Kiltonic Post 72 will be at the Southington Walmart store on Queen Street from 9:00 am to 5:00 pm accepting gifts or cash donations to make this Christmas and holiday season a little brighter. Legion members will have lists of suggested items veterans need. Checks will also be gratefully accepted.  All proceeds go to the residents of the Connecticut Veterans Home in Rocky Hill, CT. Local organizations and businesses may send check donations to American Legion Post 72, PO Box 217, Southington, CT 06489, marking the check note for Rocky Hill Veteran’s Fund..
Posted by erichard at 12:41 PM No comments:

The Town of Southington’s Crescent Lake property is an actively managed multi-use area. The recently completed Forest Management Plan prepared by UCONN College of Agriculture and Natural Resources recommends the periodic harvesting of trees as part of such management. 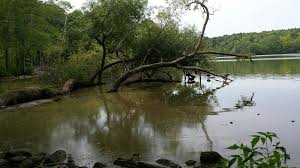 Trees are harvested to promote overall forest health, enhance wildlife habitat, and to produce forest products. In addition to the harvesting of trees, this area will be re-treated in the Spring using best management practices to reduce the number of invasive, non-native plant species.

A portion of the forest south of the parking lot is marked to delineate a harvest area. Trees that have distinctive blue paint markings on them outside of blazed trail areas are intended to be removed. The harvesting of selected trees will begin the week of November 9th. Two log landing areas adjacent to Shuttle Meadow Road will be established. 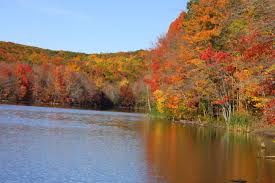 For more information on this project, please contact David Lavallee, Assistant Town Planner for the Town of Southington at (860)-276-6203.
Additionally, the Management Plan has been posted on the town’s website; Southington.org.


*Crescent Lake is proud to hold the designation of being the State’s first community forest to receive the CT Grown product label in recognition of promoting sustainable forest management.
Posted by erichard at 3:42 PM No comments:

According to unofficial returns from all districts at 9:20 pm on Tuesday, November 3, 2015, Republicans carried off another strong victory in Southington's election, retaining a supermajority on all boards: Town Council, Board of Education, Board of Finance, Water Board and Planning & Zoning Commission.

The victory was acclaimed by Republican leadership as an affirmation of the voters of the positive progress and major accomplishments of Republican administrations of the past six years.

Referendum # 1 - authorizing appropriation of $ 2 million for land acquisition opportunities by the Town of Southington passed by a 2 to 1 vote.

Referendum # 2 - authorizing the Town to proceed with plans for construction of a new senior center for $9.4 million carried by a vote of 5 to 3.

See voting spreadsheet below for detailed results. Names of those elected are shown first in bright bold letters followed by those whose election did not prevail in grey. 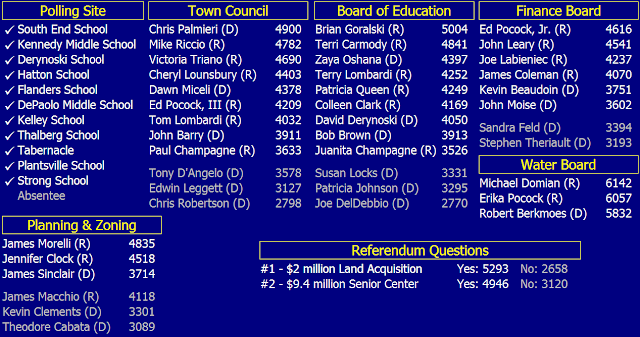 Posted by erichard at 4:03 AM No comments: