The St. Dominic Youth Group is offering an evening of prayer and fellowship for all interested youth from 6:00-7:30 tonight at St. Dominic Church this evening.

Scroll down for previous post to Southington Heartbeat for more information about the tragic deaths Tuesday of Annmarie Olander, 16, a Southington H.S. sophomore and Olivia Fusco, 14, J.F. Kennedy Middle School in an auto accident on I-84.

All are welcome to join this community vigil.

Posted by erichard at 7:26 AM No comments:

Two Southington Students in Fatal Auto Crash on I-84

Connecticut State Police have identified the victims of a fatal auto crash on I-84 near Exit 32  on Tuesday, July 28, 2015. Annmarie Olander, 16, and Olivia Fusco, 14, both from Southington were pronounced dead at the scene. Olander was driving the vehicle, a Hyundai Accent, traveling eastbound in the left lane on I-84.  Both were wearing seat belts, according to State Police. The airbag did not deploy when the vehicle veered on the roadway, struck a wire rope guide in the left shoulder, rolled over into an embankment area before striking a tree, police said.
Anyone who witnessed the accident is asked to contact Trooper William Bevans at 860-534-1000 ext 6136.
The Southington community is organizing a vigil after two students were killed in a crash on I-84 Tuesday. Southington Superintendent Timothy Connellan sent a message to members of the Southington Public Schools community informing them that two students were killed in Tuesday’s I-84 accident.
“Our hearts and prayers go out to the families of these two students and we grieve with them for their loss,” he said.
Support services will be offered at the high school and the municipal center from 10 a.m. to 3 p.m. starting Wednesday and continuing through Friday.
Students are organizing a vigil for both students that will be held from 6 to 7 p.m. at the high school softball field.
Olander was a sophomore at Southington High School and a proud member of the softball team, according to the Hartford Courant.
The cause of the accident remains under investigation and no other vehicles were involved. Multiple lanes were closed for several hours as police investigated.
Posted by erichard at 11:33 AM No comments: 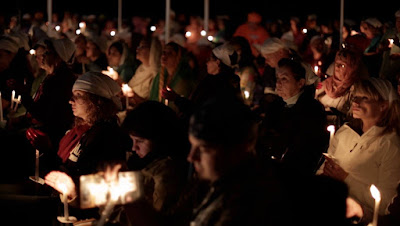 In response to the horrendous shooting murders of nine innocent people at the Emanuael Affrican Methodist  Episcopal Church in Charleston,.SC last Thursday, the CT Sikh Association will hold a candlelight vigil service at their temple, Gurdwara Guru Nanak Darbar,at 1610 West Street in Southington, CT at 8:30 pm on Friday, July 3rd .
Sikh spokesperson, Kulwant Samra said, in an official statement,  "This tragedy has affected each person in our community and thus we must come together in remembrance of the lives lost and offer our blessings and prayers to the families of the victims."
Candles and head coverings will be provided. Questions will be answered by reaching out to the Sikh at (860) 621-3015. The service is planned outdoors in front of the Sikh Gurdwara. In case of rain, it will be held indoors.
"We look forward to your joining us on Friday", Samra said.